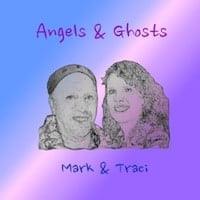 A compilation of audience favorites.

This recording was designed to convey the character of our live performance, with minimal electronic tricks.

All instruments played by Marco Solo. 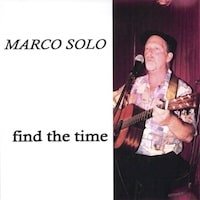 The title track, Find the Time, was recorded in Terry Hough's studio in Belize City. The rest of the tracks were recorded in Santa Cruz La Laguna, Lake Atitlan, Guatemala.

All instruments played by Marco Solo except piano, played by Terry Hough.

All songs written by Marco Solo except: 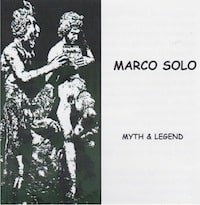 Marco Solo plays all guitar and flutes, Pan flute, quena, and antaras. All of the pan flutes and antaras used in this recording were hand-made by Marco Solo.

The quena (track #4) is a popular flute used in the Andes mountains. The pan flutes used on most of this recording are made in the Romanian tradition with a distinct curve. The antaras (track #10) are Andean style pipes. On tracks 3, 5, 7, 11, and 12 Marco plays guitar and pan flute simultaneously without the use of over-dubbing. All of the pipes are made from caña (cane), a relative of bamboo grown in Guatemala.

Special thanks to Graham and Camille, Rod and Claudine. 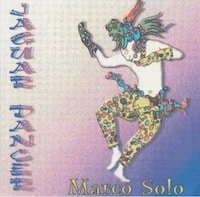 The songs on this recording are a mixture of Caribbean, Andean, Brazilian and miscellaneous songs gleaned from my travels.

Half the songs were recorded live; that is, I am playing all the instruments at one time as I do in the street. The other half have bass or guitar added. I play all instruments myself. It is my hope that this will help convey the spirit of live street music that is the heart of the Marco Solo show.

The shakers on my feet are called "cascabel" and are made from seed pods from a tree from Mexico. My scraper is a traditional Latin American instrument called the "guiro" and the shaker is made of bamboo from my garden filled with pebbles from my favorite beach.

This album was recorded with a spectacular view of the lush tropical volcanoes on the shores of beautiful Lake Atitlan in Guatemala.