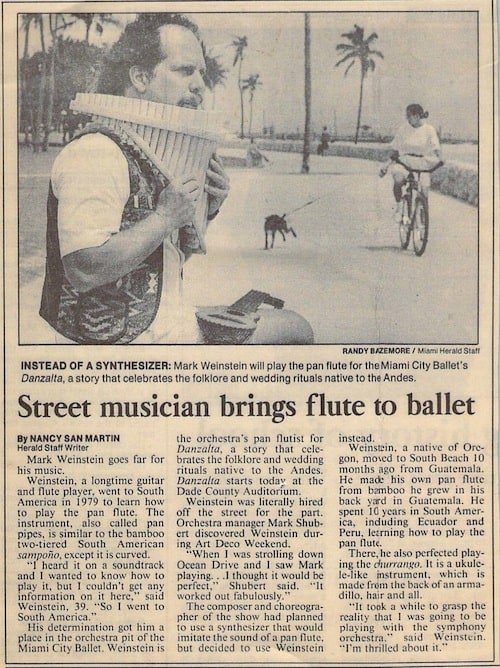 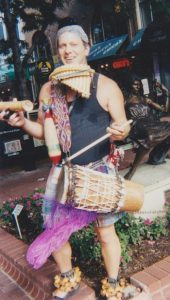 Marco Solo moved from his native Ohio to Portland, Oregon in the early 1970s. There he was part of the Portland music scene, jamming with the likes of Robert Cray. He studied music with Chip Davis, founder of Mannheim Steamroller, and guitarist Paul Chasman.

While living in Portland, Marco heard the pan flute in a movie soundtrack and vowed to find one. Unable to learn about the instrument in the U.S., he traveled the Andes where he spent a year learning Andean folkloric music. On the way back from the Andes he stopped at Lake Atitlan, Guatemala. There the raw materials for pan flutes grow abundantly and he began making his own instruments.

Marco has called Lake Atitlan home ever since. He instantly became an integral part of the Lake Atitlan music scene, playing in nearly every major hotel, restaurant, and club.

In the 1990s, Marco began spending summers busking (street performing) in Miami, Boulder CO, Vermont, and in Europe. In 1991, playing in Miami's South Beach led to being hired as a guest artist in the Miami City Ballet orchestra .